Its likely this weekend that many Canadians are enjoying friends and family and no doubt reflecting on the opportunities and good fortune many of us have living in this young country. They may also, along with many others, be enthralled in world soccer runoffs. For those who have traveled abroad there is always a deep sense of appreciation in returning home, a joy and happiness we feel living in this big peaceful country. It is a keen knowing, a remembering … a sense of living near a deep crystal clear lake.

But then I also remember Ajahn Pasanno’s instruction two year’s ago. With his beautiful smile he encouraged us to USE our joy and happiness from that Vesak Day, the Tenth Anniversary of Tisarana, to freshen our determination … to “keep our eye on the project” as Ajahn Viradhammo might say. So, at the close of this Canada Day weekend, the OBS is grateful to be continuing our project together in this peaceful land. 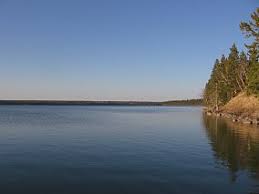 “just like a deep lake,
Crystal-clear and undisturbed –
So the wise also become clear
Once they have heard the Dhamma”
-Dhammapada, verse 82

Friday, July 6th – Friday Evening Meeting with Ayya Medhanandhi 7:30 pm at Quaker House, 91A Fourth Ave, Ottawa (click here for map). All dana offerings for the sisters at Sati Saraniya will be gratefully accepted on Friday evening. To find out what food and supplies they need, please check the Sati Saraniya website 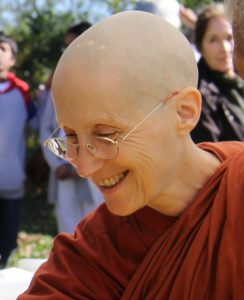 Ayyā Medhānandī Bhikkhunī, is the founder and guiding teacher of Sati Sārāņīya Hermitage, a forest monastery for women in the Theravādan tradition.

The daughter of Eastern European refugees who emigrated to Montreal after World War II, she began a spiritual quest in childhood that led her to India, Burma, England, New Zealand, Malaysia, Taiwan and finally, back to Canada.

In 1988, at the Yangon Mahasi retreat centre in Burma, Ayyā requested ordination as a bhikkhunī from her teacher, the Venerable Sayādaw U Pandita. This was not yet possible for Theravāda Buddhist women. Instead, Sayādaw granted her ordination as a 10 precept novice nun on condition that she take her vows for life. Thus began Ayyā’s monastic training in the Burmese tradition.

When the borders were closed to foreigners by a military coup, in 1990 Sayādaw blessed her to join the Ajahn Chah Thai Forest Saņgha at Amaravati, UK. After ten years in their siladhāra community, Ayyā felt called to more seclusion and solitude in New Zealand and SE Asia.

After nearly 20 years as a novice alms-mendicant nun, in 2007, Ayyā fulfilled her long-held wish for full ordination – she took her bhikkhunī vows at Ling Quan Chan Monastery in Keelung, Taiwan. In 2008, on invitation from the Ottawa Buddhist Society and Toronto Theravāda Buddhist Community, Ayyā returned to her native Canada to establish Sati Sārāņīya Hermitage.

Friday, July 13th and Saturday July 14th – LP Viradhammo on Friday Evening Meetings at Quaker House 7:30 pm and Saturday 8:30 am to 3:30 pm at the Tu An Pagoda, OBS Days of Mindfulness  . All food/dana for Tisarana Monastery , (click on the monastery link for current items needed) will be gratefully accepted and delivered to the sangha at Tisarana. 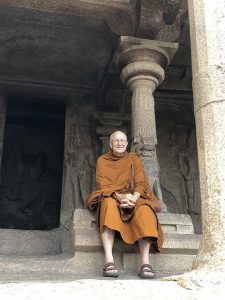 Ajahn (formerly Vitauts Akers), was born in Germany, 1947, to Latvian refugee parents. They moved to Toronto when he was four years old. Around 1969, while living in India, he encountered Buddhism, meeting the late Sāmanera Bodhesako, who introduced him to the teachings of the Buddha. He eventually travelled to Thailand to become a novice at Wat Mahathat in 1973 and took bhikkhu ordination the following year at Wat Pah Pong with Ajahn Chah. He was one of the first residents at Wat Pah Nanachat, the international monastery in north-east Thailand. Having spent four years in Thailand, he went back to Canada to visit his family in 1977. Instead of returning to Thailand, he was asked by Ajahn Chah to join Ajahn Sumedho at the Hampstead Vihāra in London. Later, he was involved in the establishment of both the Chithurst and Harnham monasteries in the UK. In 1985, invited by the Wellington Theravāda Buddhist Association, he moved to New Zealand, accompanied by Venerable Thanavaro,
where he lived for 10 years, setting up Bodhinyānārāma monastery. In 1995 he came to the UK to assist Ajahn Sumedho at Amarāvati and stayed for four years before returning to New Zealand, where he lived until 2002. He was living in Ottawa caring for his mother for nine years and is now resident full time at Tisarana. 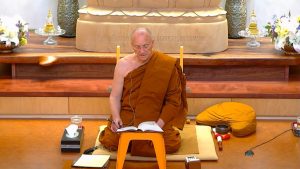 Submissions to the OBS newsletter are always welcome. This month was put together by Jan Andrews, Jane Brown and Colleen Glass. Submissions welcome please send for next month by July 25th to Colleen Glass, comms2014@ottawabuddhistsociety.com