Dear Friends and Members of the OBS,

In his memoir Fire Beneath The Snow, Ven. Palden Gyatso reflects on his time imprisoned by Chinese forces for his support of Tibetan Independence. In 1992, after 33 years of captivity, he was released. Since this time he has lived in India, where he works tirelessly to bear witness to Tibetan suffering under Chinese occupation.

Fire Beneath The Snow recounts the story of Ven. Gyatso’s meeting with the Dalai Lama. When asked by the Dalai Lama to name the most difficult part of his captivity, Gyatso responded: “The fear that I might lose compassion for my captors”. At this, the Dalai Lama is said to have wept.

This story came to my mind last month while reckoning with the results of the American election. In times of fear, suffering, and uncertainty, it’s easy to retreat inwards rather than cultivating compassion for ourselves and others. For many of us, the last few weeks have jolted our complacency. We have been reminded of the precarious nature of existence, and the suffering that follows when we forget this.

In the midst of this uncertainty, however, we can identify what Clarissa Pinkola Estes calls “an enduring good”. We make space for this enduring good through our relationships with others – through meeting others with a curious mind, by posing questions, by learning from each other. We can also find this enduring good in ourselves by reflecting on our Buddha nature, and by discerning how we can best make a compassionate contribution to a suffering world. Compassionately standing with those who suffer contributes to enduring good in a way that actions stemming from blame or anger cannot. As Ven. Gyatso demonstrated through his captivity, compassion can be an act of both resistance and courage when facing uncertain times.

** “When we are motivated by compassion and wisdom, the results of our actions benefit everyone, not just our individual selves or some immediate convenience. When we are able to recognize and forgive ignorant actions of the past, we gain strength to constructively solve the problems of the present.” ― Dalai Lama XIV 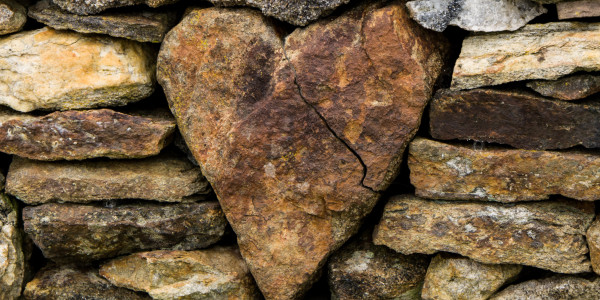 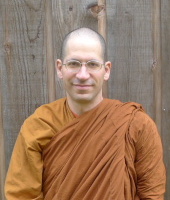 Venerable Cunda was born and raised in the northern Chicago suburbs. After completing his studies in university and working and living abroad, he returned to California to explore practice in the Theravada Lineage. In late 2005, Ven. Cunda started living at Abhayagiri Buddhist Monastery in northern California. Training for two years as an Anāgārika and Sāmaṇera, Ven. Cunda ordained as a Bhikkhu on May 22nd, 2008 with Luang Por Pasanno as his preceptor. He spent eight and a half years training at Abhayagiri until moving to Tisarana Monastery in June of 2014.

The formal AGM will begin at 1:45 pm with directors’ reports on the past year’s activities and the election of 2017 OBS board members. This will be followed by a “Sweet and Savoury Social”. Please  bring your favourite sweet or savoury dish, and your mug for tea. 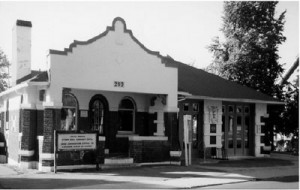 Would you like to become more involved with the OBS in 2017? We are currently looking for volunteers to participate on our organizing team. Opportunities to serve include:

– Joining the OBS executive board as a director (one year commitment)
– Assisting our volunteer coordinators on the Days of Mindfulness or Friday Evening Quaker Meetings.

Join in and be part of the future of the OBS!

“Ours is not the task of fixing the entire world all at once, but of stretching out to mend the part of the world that is within our reach. Any small, calm thing that one soul can do to help another soul, to assist some portion of this poor suffering world, will help immensely. It is not given to us to know which acts or by whom, will cause the critical mass to tip toward an enduring good. What is needed for dramatic change is an accumulation of acts, adding, adding to, adding more, continuing. We know that it does not take everyone on Earth to bring justice and peace, but only a small, determined group who will not give up during the first, second, or hundredth gale.

One of the most calming and powerful actions you can do to intervene in a stormy world is to stand up and show your soul. Soul on deck shines like gold in dark times. To display the lantern of soul in shadowy times like these — to be fierce and to show mercy toward others; both are acts of immense bravery and greatest necessity.”
– Clarissa Pinkola Estes 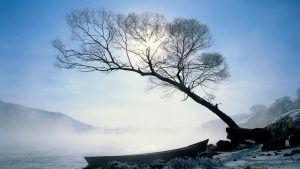 Submissions to the next OBS Newsletter are always welcome. Please send submissions by December 28, 2016 to Krista Shackleford-Lye, news@ottawabuddhistsociety.com