Good afternoon members and friends of the OBS,

Traveling about in summer weather – rain or shine – is a freeing up exercise for our bodies. It’s a delight to sail down a hill on a bike or feel recharged after a brisk swim in a lake. Our minds however, can still carry an excess of conditioned habits from days and years gone by. Last Friday evening at Quaker House LP Viradhammo encouraged us to reflect on the impact of being caught up or stuck in mental preoccupations. When we think or worry about something we are preoccupied with, it takes up space and we are unavailable for what is.

In this situation Ajahn advised training the mind to see these preoccupations and replace them with intentional habits leading to mindfulness. He mentioned Ajahn Sumedho at one time trained himself to ask himself – what does it feel like now? whenever he touched a doorknob. Training to remember to open to the breath and the body every time one goes upstairs or flips on a light switch is another aide memoire.

As we train to see these age-old preoccupations / worries with immanent awareness, it can also be helpful to remember our true ‘spiritual dwellings’ and intentions within the Brahmaviharas:

“...I try to really make conscious what the open heart feels like.

The Buddhist texts speak of how the practice of goodwill can be expanded in a limitless fashion by including different categories of beings. Once you understand the importance of these four sublime attitudes and how they relate to your inner world as well as to the world at large, you’ll make a point of developing them with great benefit to yourself and other beings.” 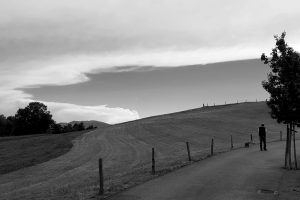 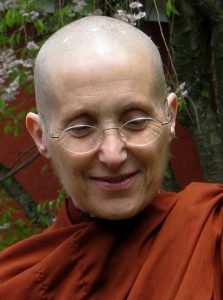 Ayyā Medhānandī, Bhikkhuni, is a native of Montreal and the founder of Sati Sārāņīya Hermitage. This hermitage in Perth, Ontario, is a training monastery for bhikkhunīs in the Theravada Buddhist tradition.
Ayyā Medhānandī learned meditation at 21 and went on a pilgrimage to India to study with an Advaita sage. She also completed a Master’s degree in nutrition, and worked for the United Nations and other aid agencies, managing programs for malnourished women and children.

This free event includes a guided meditation followed by a Dhamma talk, and a question period.

NOTE: Parking will be difficult in the area during this Friday meeting because of a football game the same night. You are encouraged to try carpooling or arrive early. Also, some members have noted that parking is often less busy north of Patterson’s Creek and east of Bank, which is a 10-15 minute walk. 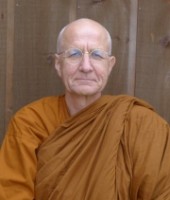 Luang Por Viradhammo was born in Germany in 1947, to Latvian refugee parents and moved to Toronto with his family when he was four. While living in India in the late 1960s, he met the late Samanera Bodhesako, who introduced him to Buddhist teachings.
LP Viradhammo became a novice at Thailand’s Wat Mahathat in 1973. He was ordained as a bhikkhu the next year at Wat Pah Pong with Venerable Ajahn Chah. LP Viradhammo later became one of the first residents at Wat Pah Nanachat, an international monastery in north-east Thailand.

After four years in Thailand, and a visit to Canada, he was asked by Ajahn Chah to join Ajahn Sumedho at the Hampstead Vihara in London, England. In the UK, LP Viradhammo helped establish the Chithurst and Harnham monasteries. In 1985, he was invited by the Wellington Theravada Buddhist Association to move to New Zealand where he lived for 10 years, setting up the Bodhinyanarama monastery.
From 1995-1999 LP Viradhammo lived in the UK again, helping Ajahn Sumedho at Amaravati. He then returned to New Zealand, and finally moved back to Canada in 2002.

LP Virahadhammo is the senior abbot of Tisarana monastery which he founded in 2005 in Perth, Ontario. He has been the principal spiritual guide for the Ottawa Buddhist Society for the past 10 years.

This free event will involve periods of guided meditation and a Dhamma talk. Participants may attend for a half day in the morning or afternoon if they cannot stay the full day. Lunch is potluck – please feel free to bring a vegetarian main dish or dessert.

NOTE: Chairs are provided but a limited number of cushions are available. Please feel free to bring your own cushion.
Donations are gratefully accepted to support of the monastery and to support OBS events.

OBS dhamma talks given on June 2017 by Sayadaw U Jagara were recorded and are available by Nissanka Pussegoda and can be found on the OBS Blog site Talks from Retreats,  DoMs and Quaker House evenings . In addition, a You Tube dhamma talk on Non-Duality by Rupert Spira, author of The Transparency of Things came highly recommended to the OBS Communications desk. 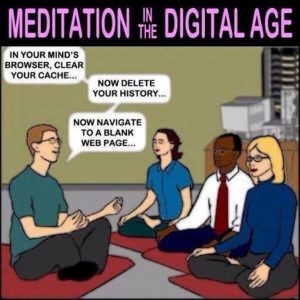